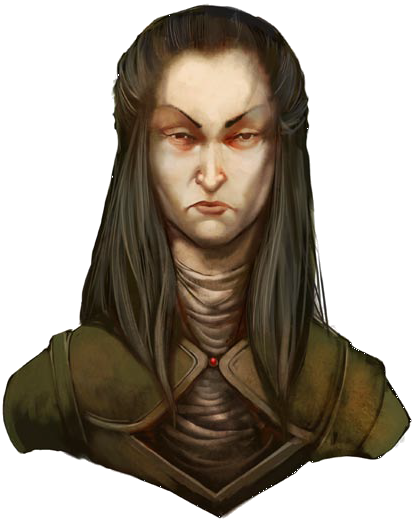 Senior arbiter Zenobia “Zena” Zenderholm, of House Zenderholm, is also known as the “Hanging Judge” of the Varisian city of Korvosa. She acquired this nickname from her strict, no-nonsense court rulings, and is justifiably feared among the city’s criminal elements. Despite her reputation, she deals light sentences to criminals of desperation and is renowned for her aid to victims of crime outside of the courts.

After sentencing Maloda Cadabrani, the daughter of the well-known Sczarni boss Fummos Cadabrani, to death by hanging, she was sent a starved swamp barracuda as a warning. The arbiter escaped with her life, but has hired a food taster to protect her since then.

She is also a popular philanthropist in Korvosa, volunteering free legal advice to clerics and Korvosa’s orphanages as part of her service to Abadar.