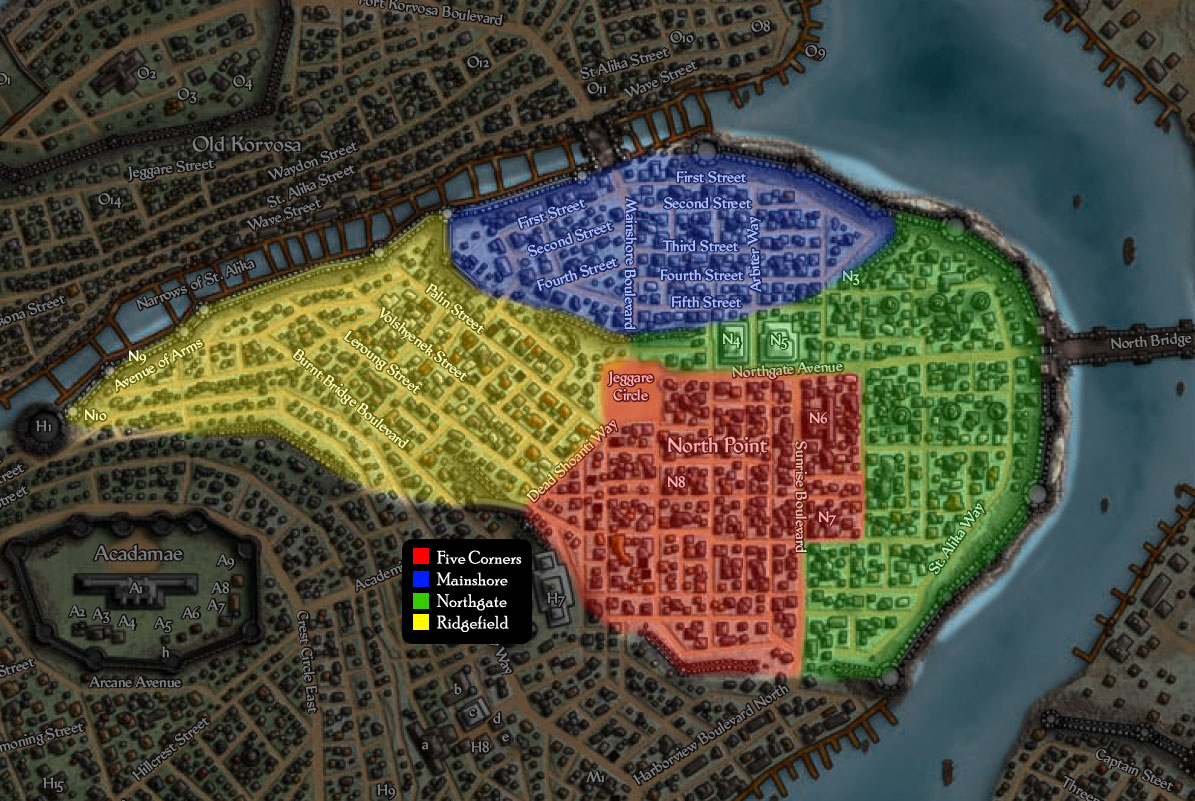 North Point, at the northwestern tip of mainland Korvosa, was the first section of the mainland settled by the descendants of the city’s Chelish founders. The district houses many of the city’s oldest non-noble families.
North Point covers the entire northern end of the city and includes the wards Five Corners, Mainshore, Northgate, and Ridgefield. Korvosa’s seat of municipal power stands in North Point, as does the city’s courthouse and the Bank of Abadar.

Wards in the district