Korvosa (pronounced kohr-VOH-sah) is the largest city in Varisia, and used to be the capital of Chelish Varisia. It now serves as the seat of one of three city-states that claim independent authority over their individual holdings in the region. Though its citizens and traditions have strong ties to the nation of Cheliax, with many of its people tracing their ancestry directly to servants of the Empire, the city’s location at the mouth of the Jeggare River and the presence of a highly-defensible harbor have contributed to the establishment of Korvosa as a primary hub for trade. Various cultures and peoples can be found within the city’s walls as goods move in and out of its gates. 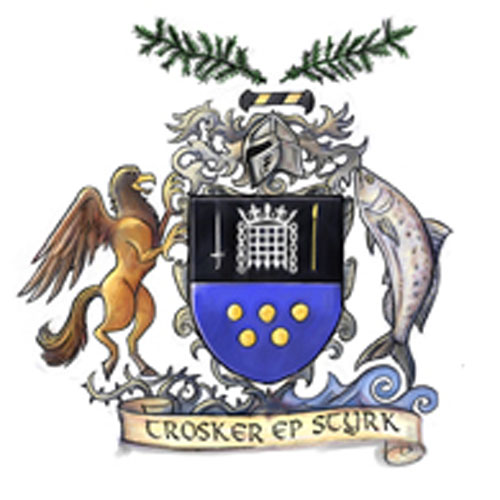 The city of Korvosa is divided into seven official districts: East Shore, Gray, the Heights, Midland, Old Korvosa, North Point, and South Shore. The borders between these neighborhoods can be fixed (such as by water or a wall), or exist only in the minds of the city’s inhabitants. Two other unofficial districts exist within Korvosa, their boundaries not conforming to any design by the city’s planners. They include the rooftop area known as the Shingles, as well as Korvosa’s large undercity, the Vaults.

East Shore is the only city district on the far side of the Jeggare River. It is connected to the rest of the city by High Bridge, and is home to a number of Korvosa‘s noble families with strong ties to the military. It is also the location of the city’s second, and arguably inferior, magical school, Theumanexus College.

The Gray district serves as Korvosa’s graveyard and is where most of its dead are interred; the only living inhabitants are the priests of Pharasma who tend it and reside in the Grand Cathedral of Pharasma.

The Heights district sits atop Citadel Hill and the cliffs of Korvosa‘s western shoreline. It is home to the most powerful nobles in the city, including the monarch, as Castle Korvosa is located within its borders. The Acadamae, Korvosa’s most well-respected magical college, can be found here as well. As the highest district in the city, its residents feel they can look down on the rest of Korvosa, both literally and figuratively.

The Midland district is what most visitors think of when they speak of Korvosa. Located in the southeast quadrant of the city, it is home to the majority of Korvosa’s merchants, shops, and financial institutions. The criminal elements who might prey on this accumulation of wealth are kept in check by the fact that both the headquarters of the Korvosan Guard and the Sable Company is located here as well.

North Point was the first part of the mainland to be settled after the city began to expand from Endrin Isle. Encompassing the northeastern quadrant of the city, it is home to many families descended from these early settlers, in addition to much of Korvosa’s municipal infrastructure, including City Hall, the courts, and the Bank of Abadar.

Old Korvosa, as its name implies, is the oldest, but also the poorest, most overcrowded part of the city. It encompasses all of Endrin Isle and is dominated by Garrison Hill.

The newest district of the city, South Shore, was only founded at the end of the 47th century AR. Located on the southwestern edge of mainland Korvosa next to the Gray district, it does not suffer from the overcrowding that plagues the rest of the city. Because of this, it is a highly sought-after residence for the city’s new money elite. It is also home to the Pantheon of Many, Korvosa’s ecumenical cathedral.

Built on top of the rooftops of Korvosa‘s most-densely populated areas lie wooden walkways, ramshackle abodes, and shops known as the Shingles. Due to the city’s severe overcrowding, this neighborhood is home to some of the city’s poorest citizens, as well as providing quick highways over the bustling streets for anyone wishing to avoid the crowds.

The Vaults run beneath most of mainland Korvosa and are far more than just sewers, as they incorporate the ruins of two other settlements previously located here.