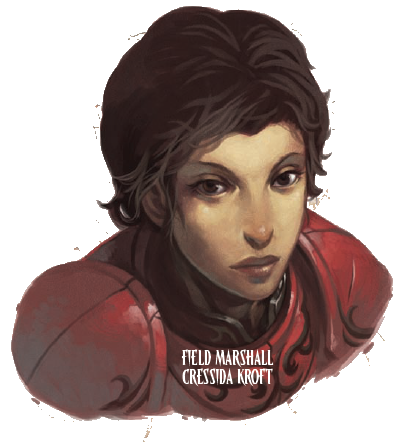 Field Marshall Cressida Kroft is the leader of the Korvosan Guard. She is generally described as an attractive, raven-haired woman, dressed in red armor.

Sav, Shakro and Twitch have been hired by Cressida as “outside agents” in an attempt to bolster the guard with civilians.

She is dutiful, trustworthy, and a true Korvosan who has only the well-being of the city and all its inhabitants at heart.